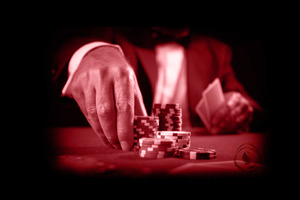 In the Atlantic City will be added two active poker-rooms by the end of this year, as the operator of the casino Caesars Entertainment Inc. is getting ready to reopen a poker zone in his hotel Harrah’s Atlantic City.

The poker-room Harrah’s – a brand of World Series of Poker, will entertain the fans of live poker on 26th December, – stated a representative of Caesars on Monday.

The rooms will be opened everyday from noontime till 4:00 AM local time. The poker-room will work in accordance with certain limitations in order to protect the players from the coronavirus affection.

The number of seats will be limited up to eight players on one table, and on each table will be set plexiglass separations to separate the players. Putting on a mask will be an obligatory condition in the poker-room Harrah’s as in any other Atlantic City casino.

The poker-room World Series of Poker will be back up and running after nine months after the order to all gambling institutions in New Jersey to be closed within the state effort to suppress the spread of coronavirus. Nine Atlantic City casinos were opening step by step in the beginning of July, but since then they worked in accordance with the limited throughput capability.

By commenting on the planned opening of poker-room Harrah’s, the senior vice-president and chief executive officer of Harrah’s and Caesars Atlantic City, Ron Baumann said they are very glad to reopen these rooms by the New Year.

Mr. Baumann also stated that their team worked hard during the last months in order to achieve “increased health and security measures for our players and members to have the possibility to feel relaxed and calm when they are playing at Harrah’s”.

The Caesars representative said that the giant casino at the moment is not planning to reopen its poker-room in Tropicana Atlantic City. Caesars became the Tropicana owner this summer, when the deal on merging the ex-owner of the hotel Eldorado Resorts and The old Caesars to a value of 17.3 milliard dollars was finished.

The higher-grossing casino in Atlantic City, Borgata Hotel Casino & Spa, was the first institution in the city that reopened its poker room. It resumed its work on 21st October. The poker-room “The Borgata” with 77 tables – the bigger in the city and one of the biggest in the USA, was reopened with only 30 tables.

There are five poker-rooms in the city: in Harrah’s and The Borgata, and also in Bally’s Atlantic City, Golden Nugget Atlantic City and Tropicana. It is unknown when the rest of them will resume the live gaming.